Wholetones Michael S Tyrrell: How Does It Work? 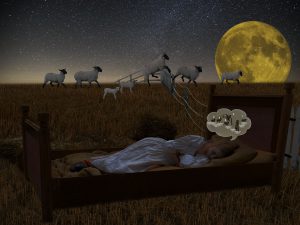 Finally I Can Get To Sleep Easily

After having written an article from a carer’s perspective about how using Wholetones has helped me in times of stress and insomnia, I felt an article more fully depicting how they are believed to work might help others to understand the value of using them, rather than me just telling people that I use Wholetones. Michael S Tyrrell, with regard to his development of Wholetones, describes a truly interesting concept from its inception to its current position in the world of healing potential.

If you are here because you were directed here from that particular article, or you have simply been wondering what all the fuss is about, and how these ‘wholetones’ are supposed to actually work, then you will find an in-depth answer here. This is not a product review. If you are searching for a review of the product itself, please follow this link.

How Does Wholetones Work?

Of course the all important question on everybody’s lips is how does Wholetones work? What is it about Wholetones that makes it’s developer and creator, Michael S Tyrrell, suggest that it has the potential to heal, and if true, what is the science behind it all?

The concept of Wholetones is based around the theory that everything emits a frequency or resonance that is measurable through its vibration or energy at certain points. Frequency, it is said, has the ability to disrupt a person’s being by creating discord, or it can do the exact opposite and be fully harmonious to them, determined by how it resonates with a person.

Frequencies Need To Be In-Sync

Therefore different frequencies supposedly have the ability to make a person feel good or bad depending on whether or not the frequency is in sync with them or not. The frequencies referred to in this case are the underlying ‘tones’ of the Wholetones, and in the tuning of the instruments.

For the more scientifically minded skeptics, please watch the following video on frequencies.

Athough the frequencies used here are much higher than those described in Wholetones, it portrays well enough how hitting the right frequency can potentially create harmony in the body as shown in the beautiful patterns formed in the video.

Spoken words emit frequencies too! Where negative words can have the effect of crushing a person’s soul and stay with them for many years to come, positive words can be lasting and uplift a person to be filled with confidence many years later. Perhaps many of you can relate to some experience with this.

Micheal Tyrrell talks about the experiments of Masuro Emoto, who researched how words and emotions can affect water as they formed frozen crystals. Love and kind words produced beautiful and balanced shapes, yet unkind and hateful words produced more chaotic patterns, and one that even looked like a black hole to me.

For those who are more in tune with energy and the effects of emotions and thoughts on the body, the following video with Gregg Braden may be of interest.

The Effects Of Emotions And Thoughts On Water Droplets

[Personally coming from both a scientific background and now an energetic healing aspect, I would recommend watching both.]

Frequencies Can Be Off Kilter

From this we can conclude that sound does have a frequency, and as such is capable of affecting people in both positive and negative ways. Most people are aware that you can feel music, just remember the last time you went to a concert. I know I’ve always felt the vibrations as the band belts out the songs through those massive speakers. But think also what happens when you listen to a radio station that is slightly off the correct frequency.

When It Grates On The Ears

Do you find that it grates on your ears too? The import of Emoto’s findings rests in the knowledge that our bodies are 65% – 75% water and therefore frequency, such as in the spoken word, or in the sound experience of music has the potential to do similar things within our bodies. Imagine what this water in our bodies must be doing in conjunction with positive or negative vibrations? If this is true then the claims of health benefits using frequencies that are in tune with the body may have some validity.

What Does This Mean To Us As Physical Beings?

For healing to occur in our bodies through the notion of healing frequencies, it would stand to reason that someone would also need to find the right frequencies to work with the human body and to target specific areas. According to Michael Tyrrell such information already exists and it is implied in his book, Wholetones – The Sound Of Frequency, that it was made available to him with regard to what parts of the body resonated with which frequencies. In light of claims by others of the metaphysical causes of illness and how certain areas of the body are affected, it would seem at least a little plausible to me. 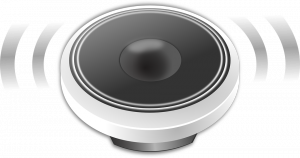 Speaker emitting sounds as waves. You can feel them.

The Key Of David

Tyrrell is quite convinced that he has found health benefits by applying to music the 6 Solfeggio frequencies discovered by Horowitz, plus a 7th that he believes is the Key of David, who played it to King Saul for his depression. Horowitz’s theories were also discussed in the article mentioned previously.

The Tones Are The Critical Element, The Tunes Bring It Together

The ‘tones’ are the important part of the whole concept if what we have seen so far is accurate. It is these tones that have the power to induce healing of the mind or body according to statements made by Tyrrell. There are a few You Tube videos around that play just the tones, with no accompanying music but I would not personally recommend listening to them without it.

The music helps you ignore the sounds rather than being aware of them, which I think is crucial in how you might use them. Michael Tyrell states that the band he selected to perform the music with him, were directed by something divine, producing the wonderful sounds and the music pieces within Wholetones. I don’t know much about that, but I can at least attest to the music being quite beautiful and soothing.

Numbers Were Also Significant In How Each Frequency Was Chosen

The thought processes and events that lead to Michael Tyrrell formulating his ideas was remarkable in itself. From a chance meeting, to his eventual discovery of what he calls the Key of David using page numbers from the bible. He also believed that each of his songs for his music project needed to be precisely 22 minutes and 22 seconds long to correspond with the frequency of the Key of David which is 444Hz
This is evident in his Wholetones musical release where each of the 7 songs are exactly 22:22 seconds long equating to 155.54 minutes playing time.

Think Of It This Way

Now consider Wholetones for what it is. A musical program encompassing sound frequency in the form of tones, bringing together the therapeutic qualities of music and good vibrations, literally. It takes into account the significance of playing time and Solfeggio healing history and connects it back to Biblical times by references to King Saul and King David. To some, it would seem destined to have been created, others may just enjoy the music and potential healing that it may bring and not be too concerned about it’s origins.

Is This Something That Would Appeal To You?

Are you looking for some relief from stress or insomnia? Do you love music? Do you want to reach a state of healing one day? If so, please give some thought to this notion of frequency healing music.

While I am not religious as such I can wholeheartedly suggest that you at least try Wholetones. Michael S Tyrrell firmly believes that their discovery was by divine means, but no matter what happened or how they came to be, I believe they were meant for people like you and me. If you wish you can even listen to samples of the music to see if it fits your style or tastes.

Thank you for reading and I would very much welcome anyone who is using these tools to pop a comment in the section below. I’d love to hear from you.

‹ Wholetones Reviews – Looking for Something To Shed Some Light? How To Build Confidence and Self Esteem: In Others And In Yourself ›

2 thoughts on “Wholetones Michael S Tyrrell: How Does It Work?”