Carer Or What? A Doormat?

Are you a Carer or what, a doormat perhaps? I know I was feeling more like a doormat than what I thought I should be feeling as a Carer. Being taken for granted was a continuous struggle, and I wasn’t particularly happy about it. Therefore I am suggesting that you look at your own situation and work out where you stand in the scheme of things with whoever you are caring for. It can be a rude awakening to realise that you are being taken for granted and that the expectations placed on you as to what your role actually is as opposed to what your dependent person believes it to be, is very different. 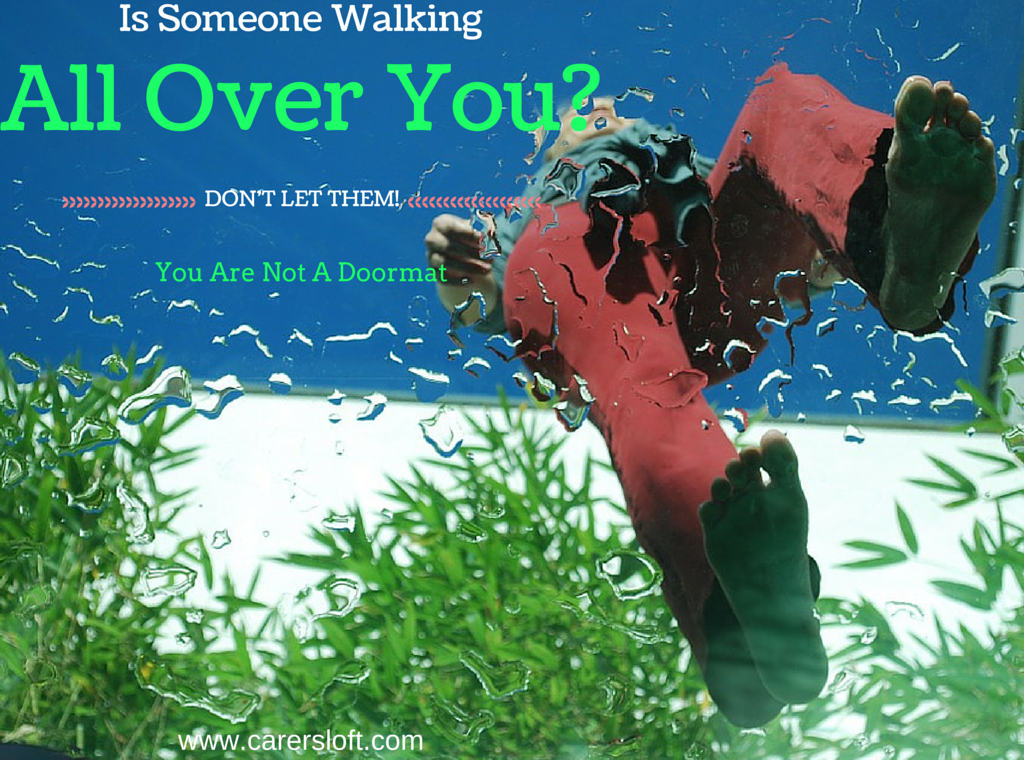 Are you being treated like a doormat? Don’t let them.

Not only your dependent, but there can also be issues in how others in your dependent’s life perceive your role to be, especially if they don’t see what’s really going on around them and decide they should step in and gang up on me. We get so caught up in our daily duties, that often we don’t notice what has happened. Suddenly your role has become enormous in the overall scheme of things and if you don’t fulfill your ‘duties’ in their eyes, you are doing them a dis-service apparently. DON’T LET THEM GET AWAY WITH IT! 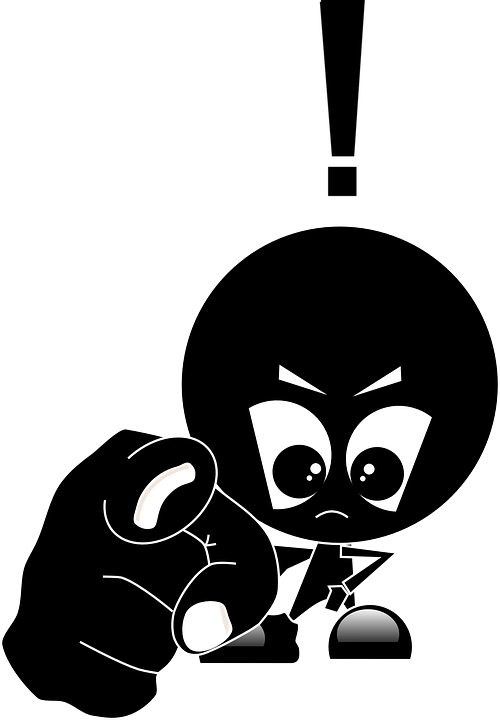 This was brought home to me quite dramatically recently when my daughter made demands on how I raise her daughter. Mind you, she is supposed to be caring for her, but instead I end up doing it.

My Role As A Carer Is Not That

My role as her Carer is actually to help her care for her daughter, not do it for her, but for the past 2 years, after already doing it previously for a 2 and a half year stint due to her mental illness, I have been looking after my granddaughter again.

I’ve tried to get her to take the role back on but it seems to only be when it suits her that she chooses to step in. This is usually to complain about something I am doing with her daughter, that she has decided she doesn’t agree with or approve of and then pulls the “I’m her mother and you will do as I say when it comes to my daughter” card. In my head I am saying, well “Be her mother then”, but that’s for another story.

Did You Know That Carers Are Forbidden To Get Tired? 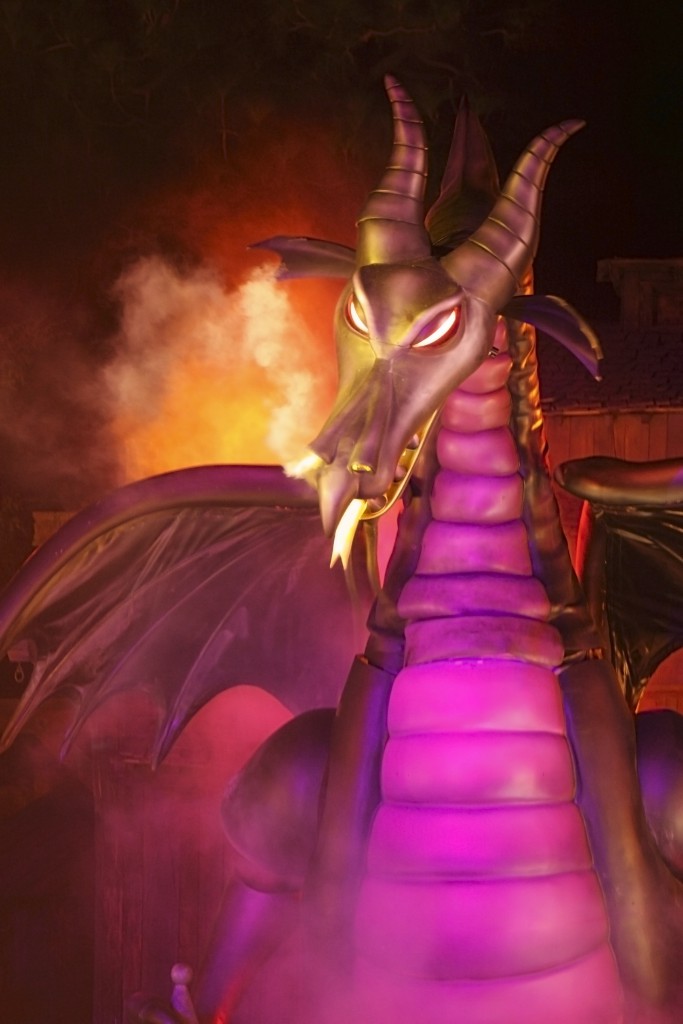 Instead, every day it is me that has to get up in the morning while she sleeps to her heart’s content. I end up tiptoeing around the house so as not to wake up the sleeping dragon who will come out breathing fire if her sleep is disturbed, and get her child (whom I love dearly by the way) ready for school. I sometimes get tired doing the work of extra people and one morning I accidentally slept in.

She Got In MY Way And Then Complained

My granddaughter had to get showered in the morning, her head was irritated and I wanted to wash her hair. Having already told the dragon this the night before, I would have expected her to speak up if she also needed to use the shower in the morning, to keep out of each other’s way, but nothing was said. Imagine my surprise when I got up to find her already in the shower. We both had to wait for her to finish.

In front of the little one, who by now was ready to get in the shower, she came to me and started yelling at me and abusing me about how her daughter should have been ready for school by now and that she knew I was going to try to put the blame on her being in the shower, etc.

That shows me that she already knew she was in the wrong if she assumed I would be blaming her.

It’s A Crime To Go To The Toilet Too! 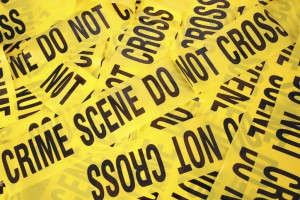 Apparently It’s A Crime To Use The Toilet

I also had needed to use the lavatory as she got out of the shower, but it wasn’t a good enough reason for my granddaughter not to be ready, apparently I can only go to the bathroom when I don’t have any other pressing matters to attend to, or when she deems it is OK to go.

I Can Assure You That SHE Would Not Wait

But if the shoe was on the other foot and she needed go, trust me, her need would take priority. It is normal for members of a household to work around each other, it is not normal for people to think only of themselves and get in everyone else’s way when they had already been warned that the shower was already going to be used by someone else.

I was utterly disgusted with the situation and her indignant claims that “it wasn’t good enough”. In other words, the fact that I was doing for her what she should have been doing herself, was not good enough. Never mind that it isn’t my responsibility to look after her daughter and take her to school, never mind that she has no business telling me that the favour I do for her is not good enough. And how DARE she even begin to make demands as to how I do things when she clearly does not have the desire or motivation to do it herself?

It was then that I realised that I was being taken for granted. Normally I just cop abuse from my daughter, but lately it has been getting too much. This was what was not good enough.  What wasn’t good enough is that I was having to take her child to school after getting her ready as well, while she was perfectly capable of getting her daughter ready and then coming with me to drop the child at school. I would drive because she doesn’t have a license. This was upsetting me so much that a support person realised I needed help and sent me on a little emergency respite. This meant she would have to do it all herself while I was away, even if it meant enlisting the aid of a friend.

Could She Do It? Not Likely 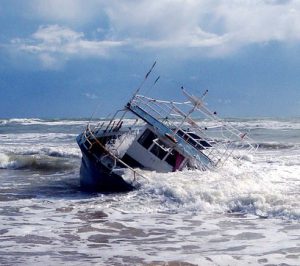 I suspected she would break down once I left and my granddaughter wouldn’t get to school anyway, even though it was so important to her that she be on time to school.

I would hear no end of excuses but no attempt to resolve the problem would have been made. My granddaughter would still be in her pyjamas when I got home, with no teeth or hair brushed for two days, and would probably have made her own breakfasts and had McDonalds for meals that my daughter would have begged a friend to pick up for her.

The bottom line, I was right. She couldn’t do it.

I’m sure you all have had times like these, if so I invite you to share them in my comments section below. Are you a carer or what? A doormat may very well be what find you are when you examine your circumstances. Let’s change that now. Please don’t let them get away with it. Put your foot down, leave if you have to take a stand. We have rights too, the right not to be taken for granted.

Thank you for reading,