Suicide Crisis – And A Cry For Help 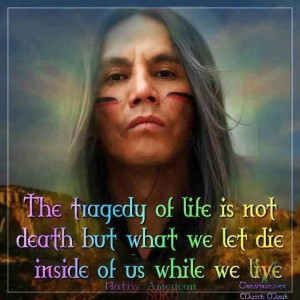 This is so true, don’t let yourself die inside. There is hope. Seek help.

We recently had a suicide crisis and a cry for help, which should be two phrases that instill a quick call to action, yet remain ignored. Add a diagnosed Mental illness to the equation and the word ‘jump’ leaps to mind.

My faith in the people who are supposed to help in a crisis situation was utterly destroyed. Suicidal thoughts are not people just trying to get attention, it is a genuine call for help that needs answering.

It’s Just Too Much To Bear

Today, my daughter was feeling so overwhelmed from the chaotic and emotionally charged roller coaster of her life, that for the first time in 6 years, she was again contemplating suicide. Thankfully I seem to be able to manage enough support on my own that we rarely come to this these days, but sometimes even I cannot help her every time.

Give Up? I Think Not!

I came home feeling close to despair myself due to feeling totally consumed by my carer role. I had lost nearly all hope for any solution to some major problems we were having. Yes, our mother-carer/daughter relationship was going through a really bad phase and taking quite a beating. I was cycling through many emotions from feelings of failure, bitterness, anger, hatred and sadness that I was near the end of my rope in dealing with this. It made my heart ache so much to be facing the prospect of giving up on my daughter after 22 years of this battle. This is a normal feeling that carers experience on occasion, but it still doesn’t make it any more palatable.

I got out of my car and entered our home and could already hear music that was so loud I could not even hear myself shout to her that I was turning the music down and I could not possibly have heard a response. I suspected something was amiss when she didn’t get angry and come tearing through the house like a wounded animal, snarling and cursing at me in loathing for turning it down, which is what I expected. I called out several times and then went through the house looking for her. I found her with the bathroom door locked and she only faintly responded and made no effort to open the door for me.

She Wanted To Stop The Pain!

I unlocked it with a coin and opened it to see her sitting on the floor holding a razor above her wrist. I instantly switched from my own misery into protection mode and squatted down behind her and hugged her and asked her what had happened. Without delving into the reasons, suffice it to say that she was at her wit’s end. Her only wish was for her pain to be finally gone and be over with.

We Called For Help, None Came! 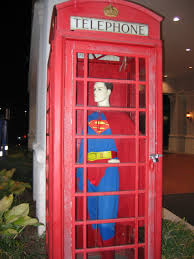 We Called For Help

I was able to get her to give me the razor and placed it out of reach of her. I asked her if she would like me to take her to the hospital to the mental health unit there. She was in such a bad way that she was willing for me to do just that. She was concerned about what the process was and that if she agreed to commit herself to the psychiatric ward, wanted to know if she had choices in what treatment she would be offered. We called the hospital.

The prospect of help arriving soon, helped her to calm down and so we chose Option 2. When she thinks someone is finally going to help her she usually settles down.

When they called I spoke to one of their psychologists and explained that we had already been given a diagnosis of C-PTSD but that we were in a crisis situation and that my daughter was feeling suicidal and we were seeking help with either having her placed in the care of the mental health department of the hospital or having some outside options.

I think it is important to interject here that we had been assisted, and I use that term very loosely here, by the Acute Care Team about 8 years previous to this incident and our experience with them found them lacking, but this time we hoped for something better.

The call came and I spoke with the psychologist and explained about the underlying issues of developmental C-PTSD and Adult ADD that contributed to her being in such a terrible place in her life that she was contemplating suicide. Then his questions started.

Q. Is she on any medication?

Q. Does she drink alcohol?

A. She had been drinking more heavily than normal

Q. Does she use non-pharmaceutical drugs?

A. She self medicates with a non-pharmaceutical method to calm down her overactive amygdala in her brain.

[The amygdala is the part of the brain which forms the fight or flight response in our bodies and kicks us into hyper speed ready to run if required].

Judgments Were Made And Conclusions Drawn

He then asked to speak with her and from his brief chat with her, asked to speak to me again with his conclusions. His talk with her had been solely related to ceasing her reliance on alcohol and the non-pharmaceutical methods she self-medicated with. She agreed the alcohol was a problem, but the other method was actually helping her keep a better grip on her emotions. Seems there are no current pharmaceuticals that have been able to help her so far, she was unwilling to give that away at this stage. 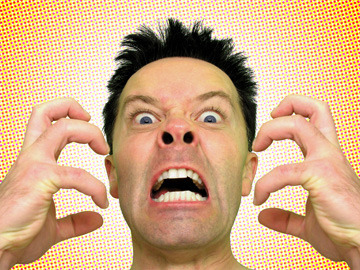 Continually frustrated that a cry for help goes unheeded.

She has done her own research into the benefits and downfalls of it, and she is her own test subject. She claims she finds she is more focused and able to cope and act more normally with it, than when she doesn’t use it. He was under the impression, and would not be swayed, that all she was doing was just spending each day under self-imposed sedation. A completely incorrect analysis of the situation.

To be perfectly honest, if anyone could see her, they would never even guess that she was under the influence of anything because while in others there might be an obvious ‘effect’ in appearance or actions or slowness or mental alertness, she is very normal and alert and higher functioning than when she is not utilising it. As a matter of fact, she functioned more like a normal person at a normal pace when self-medicating.

Therefore, Nothing Was To Be Done, No Help For Us! 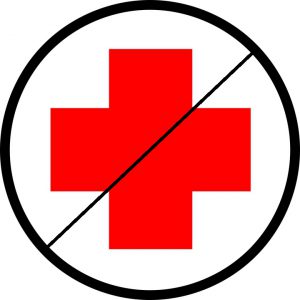 No Help Was Forthcoming

His ‘decision’ was the following. 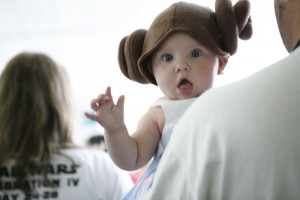 Stunned, I can’t believe the inability to think deeply enough of some people who claim knowledge in getting to the bottom of mental illness

I was gob-smacked, disgusted, frustrated, severely disappointed. Here she was, willing and wanting to go in to the hospital for some acute care, and the mental health acute care team wouldn’t give us the time of day. He focused on entirely the wrong thing.

But he kindly offered for us to call them again if she was feeling suicidal again. Yeah right! As if we would consider calling them again any time soon. “What a totally useless waste of time and energy” was how I was feeling and what I was thinking. I didn’t even have the heart to tell my daughter what he had said. He couldn’t have been further from the truth in his very clever and so-called informed academic assessment.

Flying Solo All Over Again

So here we were, all alone again, having to deal with life’s traumas with no help from the supposed professionals forthcoming, except our trusty psychotherapist who seems to be the only person who is able to recognise the difference her use of non-prescription medication made to her life. How did we get through it? I honestly don’t know. I guess I just talked to her and that in the end she realised that I was there to help her when she sometimes feels that I am not. This is not necessarily the truth of the matter, but with mental illness there comes with it a skewing of perception, and that this for her is the truth.

DO NOT, under any circumstances misunderstand this article and think that I am not recommending getting help from professionals. If you, or the person you care for, are experiencing any thoughts of suicide, you need to reach out and get help. A suicide crisis IS a cry for help, not a cry for attention. It is not to be ignored. Even after this dreadful experience, I still recommend going to the mental health facility at the hospital. We were probably just unlucky with the psychologist we were assigned. That’s what we will do next time, go straight to the hospital. We were advised to call an ambulance so that we would be seen immediately. Don’t wait, just go and call the ambulance. Maybe then someone will take you seriously, or at least force them to do something at least.

Help Is There, It’s Knowing Where To Find It

There are also places you can call in an emergency.

Other links that may help with advice, assistance, crisis, information are:

Thanks for listening and please feel free to send supportive comments to others going through experiences via my comments section.

All images used under the following license.

‹ I Will Take Care Of You – The Caregivers Creed -What Is a Mothers Love? Childhood Leukaemia: Leads to Creative Therapy ›