I Need A Hero

Visiting YouTube the other day searching for something completely different, the words “I need a hero” boomed out at me as I came across an old song that had started playing on a playlist that I had inadvertently opened. These words just happened to strike a chord with me in that moment in time. I hadn’t even noticed the song initially but those words, well, I really ‘heard‘ them. Bonnie Tyler’s song Holding Out For A Hero was a tune I hadn’t even thought about for years and I can’t even say it was a favourite of mine at the time it was released, but for some reason, it played just for me the other day. Rather, it sang to me. I felt myself start smiling, becoming more cheerful and a bit playful as I listened to the words, wondering if it had any particular meaning because I’m a big believer in things happening for a reason. I had to ask myself why was I so suddenly captivated by it, and if that meant that I really did need a hero? 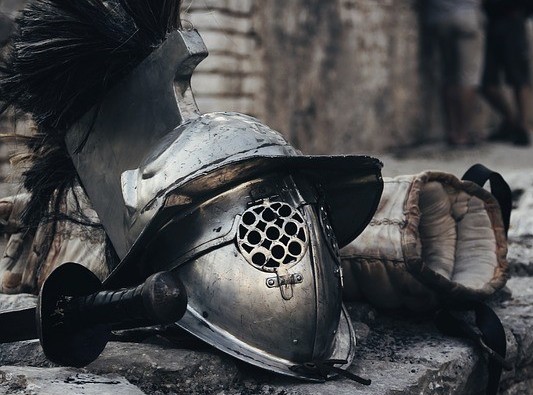 I really needed to analyse this thought. Lucky for me I like to do this, actually it is more like it is a natural part of my personality, but it can cause me some issues too, from overthinking things. I seem to have developed a more analytical brain since doing my degree and so I have to know the answers to ‘stuff’. I can’t help myself. It most likely comes down to the fact that I also have strong beliefs in the metaphysics or quantum physics in our world and how we are affected by them. If I get it into my head that there is a purpose to an event, occurrence or even a dream, it will niggle at me until I focus on it and find my answers. So I put on my thinking cap and pondered this phrase.

Holding Out For A Hero – Bonnie Tyler

Before I go off on my tangent of analyses, take a moment out of your day and listen to the song. Even if you don’t get the same feelings I received from listening to it, I’m sure it will put a little spring in your step regardless and that has to be a good thing on any given day in the life of a Carer. If at the end of this article you find a new sense of meaning for you with this song, then come back and listen to it again with a renewed mindset.

Ok, now back to the question of whether or not I need a hero.

Music Is Therapy – Any Music! 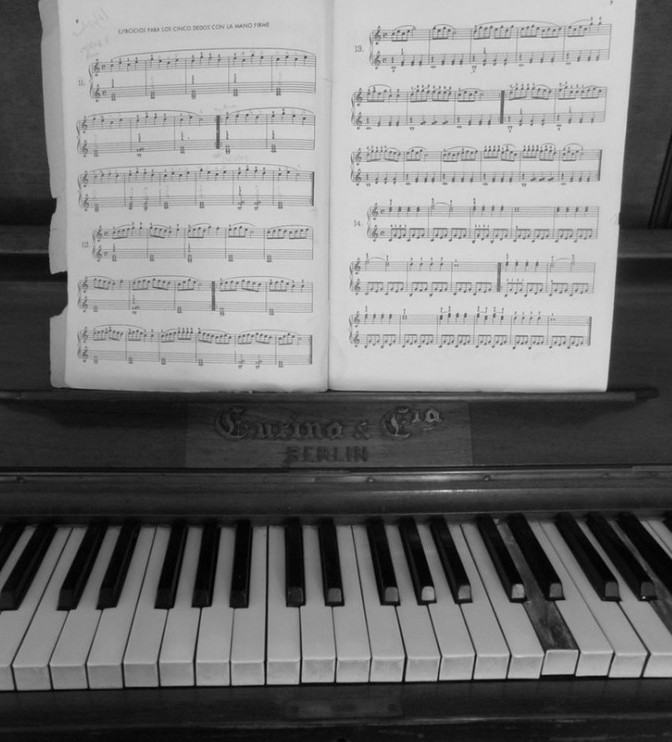 As you will know from my previous articles I find music to be very therapeutic, especially when the tune is on the boppy side and the words that are sung also connect with me in some way or another. So in line with this, I will always advocate for listening to music in some way, shape or form, to get you into a better frame of mind. If the music speaks to you, then I believe it adds even more to the therapeutic value.

Music can come from many different sources, from instruments, choirs, songs,healing tones, Tibetan singing bowls, meditation music, radios, CDs, YouTube, old record players, or even listening to someone sing to themselves or your own singing or playing of an instrument. Embrace the healing qualities of music. Be open to the notion that it can help you in order to get the full benefit.

So, this song spoke to me and for some reason, I tuned into those particular words “I need a hero.” Because the song is very upbeat, it did something to my spirit on an emotional level for me to have found myself feeling more playful and cheery. Why?

What Was In This Song That Impacted Me In This Way?

There were a number of options that I considered: 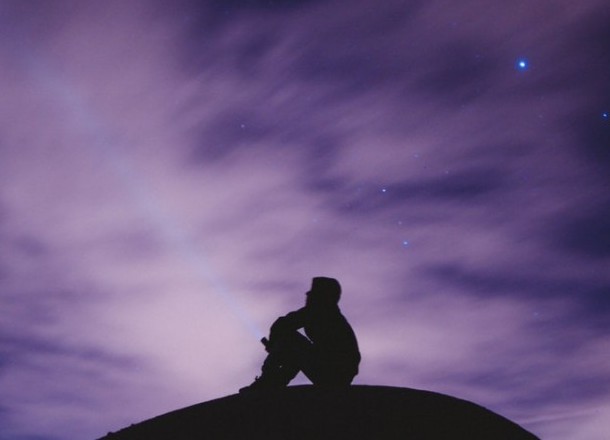 I came to the realisation that there was probably an element of nearly all of the above reasons for my uplifted spirit but the following are the most likely.

After having just finished writing and publishing my book for Carers, How To Get Back To Life, I have been generally feeling on a bit of a high. There is something fulfilling in the act of completing a task that you knew would take a long time, yet you perservered and did it. It was a great achievement for me to first write the book, having never written one before, and then have to learn how to set it out in the correct formats for whichever option you are making available for purchase. Just working out how to go about the publishing side of it, was a huge learning curve as well. I believe the meaning behind the song connecting with me was due to the fact that at that point in time, I was feeling like I could do anything after having accomplished all of that when I knew nothing of how to go about it in the beginning. 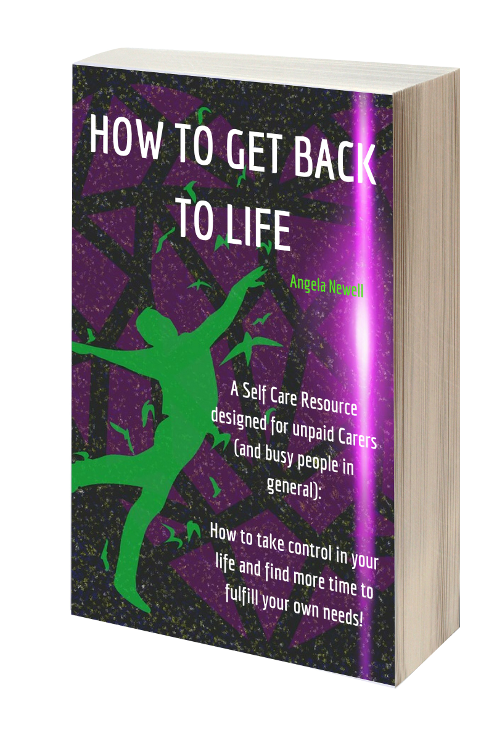 My book – How To Get Back To Life

Which leads me to the next point where I realised that even if I had been entertaining any thoughts that I need a hero to complete my life and give me some assistance in my Carer role, it had become clear to me that I really didn’t need a hero after all.

Be Your Own Hero, Don’t Rely On Someone Else!

With this in mind I’d like you to make sure that with all that you do, you spare a thought for this absolute fact that you are a hero too! The choice you have made to become a Carer, or in many cases, it wasn’t really a choice but a necessity, is a selfless act, and one that deserves the recognition from you! You are a hero, and if you really want to change something in your life, you wiil end up acting on it and becoming your own hero too, like I did. You don’t need someone to step in and do it for you, it will be you who makes the change and improves your own life, because you are the one who will most benefit from it. But don’t stay where you are if you are not happy, DO something about it! No one else will do it for you, it has to be you!

Don’t Just Be A Hero, Be A Superhero! 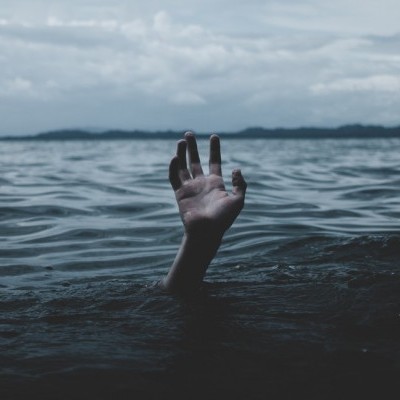 I remember once going to a meeting hosted by a company that assisted people who were trying to get back into the workforce to find work. Many of them had been without a job for some time and many of them had excuses as to why they couldn’t do this or that. In fact the majority of them were showing signs of being utterly defeated and drowning in self-pity.

It was a little depressing for me to listen to them. Maybe because I was a positive and persistant person and refused to be beaten, or maybe just because I find it hard to be around people who can’t see a light at the end of the tunnel. It upsets me because I feel they have no hope and without hope, there is not a lot of joy in life. It saddens me because I can be a little empathetic at times and I have also been there to a degree.

I didn’t realise at first why I had been actually asked to attend because by that stage my support person and I realised that I was not going to be able to work anyway due to an increase in my Carer role. I wasn’t looking for work by this time so I was wondering what I was doing there. Many of these people were not Carers, they had other difficulties that had interfered with their ability to work and there were some in the group who preferred to complain about their lot in life, and make excuses as to why they couldn’t do certain things that would increase their chances of finding work. A lot of which revolved around them feeling like they had no time, or no skills, etc. I realised just how badly they were stuck in their rut and while they continued to think like that, they would always remain stuck there. They were being offered suggestions, ideas, opportunities, but many seemed unwilling to even try.

The session continued and the excuses continued and then suddenly my support worker put me on the spot. She started telling the group that she had invited someone there that day to share their story with them. I had no idea she meant me unitl she pointed at me and began retelling the group all she knew of me and what I had been doing. She explained to them how I was a Carer for my daughter, and also for my sister who had required to be moved into my home and cared for as well. She related how I had to juggle my time to fit in caring for both my daughter’s needs and my sister’s needs which took a significant chunk out of my day, school drop offs and pick ups, housework, cooking, cleaning, appointments, supporting emotional and physical needs, dealing with issues that were cropping up as my daughter’s PTSD declined further, and how I was doing all of this at the same time as trying to do my university degree and trying to set aside time for my assignments, lab reports, lectures, tutorials, laboratory sessions, studying for exams and completing assessments. She told them that I worked from early morning until 3 or 4 in the morning to get everything done that needed to be done. 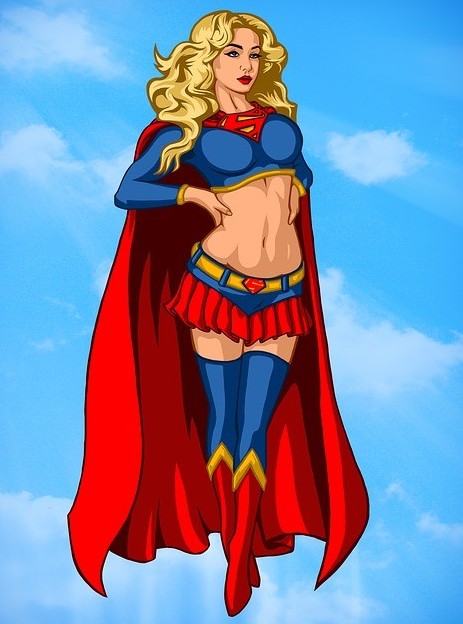 She then did something that totally blew me away. She pointed at me and said, “this lady here is some kind of superwoman” and I’d like you all to think about this and understand that while we all have things we feel are limiting us, if you put your mind to it, you can rise above it and still achieve something.

She saw the surprise on my face and made a point of speaking directly to me and said “Yes, you are and you should be acknowledged for it!”

The mood of the day at least changed after this and I found myself the object of some attention after that with people wanting to congratulate me or ask me how I did it or both. It also made me feel a bit better about the people there as if I had somehow given them a small measure of hope.

I don’t know if my story inspired anyone to change their thoughts that day or not, but it certainly made me look upon myself in a different way. I had never really thought of myself as a superwoman before, but it sure felt nice that someone, somewhere could see and value my worth. It was the first time ever that I had been acknowledged for anything and it was for something that I did on a day to day basis and didn’t even give a second thought to.

I’m not telling you this to blow my own trumpet. I am telling you so that you understand that you too are heroes. So next time you find yourself saying to yourself, “I need a hero”, remember, you don’t need one, just BE one for yourself. You are a hero to the person you care for, even if they don’t recognise it, so believe it when I say it again, you are a hero, you are your own hero. Light that fire inside of you and go make some changes to your life to benefit you.

Thank you for reading this article. Please let me know how you are making changes in your own lives. Let’s inspire each other.