There is something that becomes excruciatingly clear when you live with or care for someone with developmental CPTSD. Complex post traumatic stress disorder means it is a no-no for certain discussion topics. Or else face the wrath of a demon, if your charge is a person who triggers over what would normally be a common conversation with most people.

Which means it can be extremely difficult to find something to talk to them about that isn’t going to send them into an episode. Choosing a subject can be a real red flag moment. In fact they can become quite the conversation killer as I frequently find out. This is what living with my daughter can be like, I love her very much, please don’t misunderstand. I am her carer and I am there for her. This article is merely expressing some frustrations that you may or may not be able to relate to.

What Is A Normal Discussion Topic? 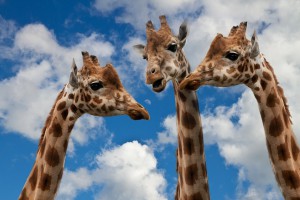 Normal topics for general conversation for most people might include talking about a movie or TV show you watch, a shared interest in reading the same book. A discussion of the various elements of this movie, book or TV show would be inevitable.

Likewise when someone has just been to a movie and is excited and just can’t contain themselves when wanting to tell people about it. That is what having a conversation is all about. Small talk and laughter about the little enjoyments in life like a good movie or book.

If this is not the case, then why do we bother conversing at all? 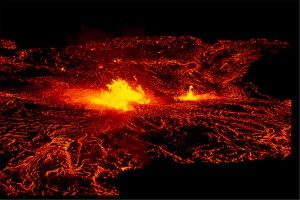 Discussion Topics can be as Volatile as a Volcano Erupting

Imagine living a life where everything you say, any of these normal topics of conversation could lead to a volatile eruption of lava-like abuse hurled at you. The mere fact that you have just spoken about a TV show that you are watching, when the other person had the chance to watch it with you and declined, could lead to a war zone in the home.

Heaven Forbid If You Let Anything Slip

If you let anything slip LOOK OUT! Even if you don’t, LOOK OUT! You never get the chance to even speak about it, JUST IN CASE you accidentally divulge some part of the plot or storyline. You get yelled at for something you haven’t even done yet, all because you MIGHT say something to give a part of the storyline away. 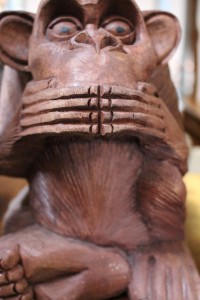 Speak No Evil Or You Shall Sin

It doesn’t end there. You may have recorded shows to watch at some stage and they are intending to watch them ONE DAY as well, which could be years from now, but you still can’t talk about the show. FOR YEARS!!! This completely destroys all possible opportunities for conversation about many shows.

Same Goes For Movies And Books

This is the same for movies and books in our household as well. Not only does it mean that our expression of our enjoyment is stunted and restrained, but our actual enjoyment is ruined for years too because we can’t even share it with the person whom we care for to bring some joy into the household instead of gloom all of the time.

This is not limited to conversations I have with her, but even extends to my own visitors. My good friend loves The Big Bang Theory and even though I’ve only seen a few episodes so far, my daughter does watch it. However she is still very far behind so doesn’t want to hear anything about any of the episodes just in case she hasn’t seen that one yet.

Friends Are Not Immune To Her Wrath

So my poor friend who would love to carry on a conversation with my daughter about something they both are very passionate about, is unable to and also has to watch what she says when she comes to my house in case she accidentally lets something slip too. It’s just not right.

Big Bang Theory May Get Just That, A Big Bang!

Worse, she can’t even talk to me in front of my daughter or in ear shot of her to tell me of the funny episode Big Bang had with James Earl Jones from Star Wars as a guest appearance. She knows I love Star Wars and so badly wanted to share her passion with what she knows as my passion. She couldn’t discuss the episode with me and I had to physically go to her house to watch this particular episode. 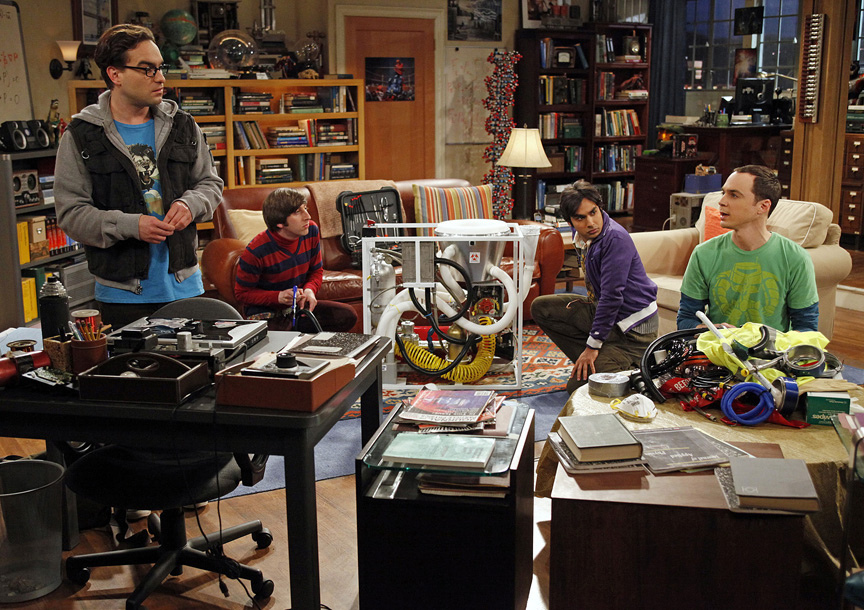 Say Something? Yes, Maybe. But Who Cops It?

Most people under these circumstances would say too bad, but I am the one that cops the abuse later if my friend has revealed something about an episode. It wouldn’t be so bad if they were only recent episodes, but these are quite a few years old and one would reasonably expect that they had already been watched by now and therefore presume it was OK to speak of. Another of my friends has a lot of trouble containing himself too when it comes to wanting to tell me about something he’s seen recently.

Spoilers Are A Big No In Our House

The problem is that my daughter unfortunately has a big pet hate for spoilers, to the point where she gets really quite angry about it. Even her friend is beginning to tire of the tirades over it. She purposefully refuses to look at anything that has the title Game of Thrones in it, for example, in case there is a spoiler in whatever piece or writing or video she happens to have come across. If she somehow does accidentally see something or hear something, or we slip up, she refuses to even watch it from then on because she believes it has ruined the whole story.

She Doesn’t Get It

She doesn’t seem to understand that even when something is spoiled you can still gain some surprise in how an event occurs. Sometimes it sparks the attention even more to watch something because there is then a sense of curiosity about the surrounding circumstances. I’m not particularly fond of spoilers myself, however I don’t let it ruin my experience because I know that there is usually much more to a storyline than one event.

There’s A Stick Up Her A**e

I wish she wasn’t so obstinate about it all and remove the stick in her backside keeping her stuck in this mindset. It doesn’t make sense to me that she would refuse to watch something all because she believes it was ruined. She could get so much more out of life and have so many more deep conversations about a very common discussion topic if she would move on from this. Not to mention she would experience closeness to another person on different levels, not just one.

Death to All Conversation!

What I’ve been doing is telling her that she makes it very difficult to have any normal chats with her, it makes people not want to hold a discussion with her, and that she is such a conversation killer nowadays. After all, conversation is so limited in this house now that we may as well not talk to each other. It is my hope that with enough repetition I can hopefully get through to her. If she continues to carry on in an abusive fashion then I’m left walking away from her as my only option and closing the door behind me. 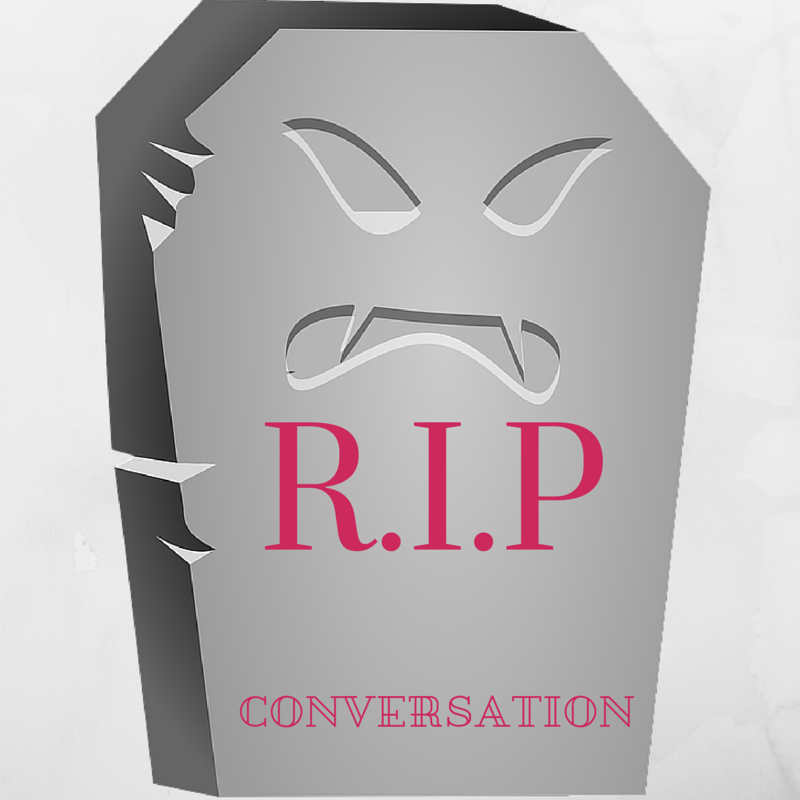 That leads me on to another thing I get accused of and that is abandonment, so I really can’t win either way. But that seems to be the pattern everyday. I’m either getting yelled at for something or accused of abandoning her. I would welcome any thoughts from other carers of persons with mental illness on other ways to deal with this kind of behaviour. If you have any suggestions please leave a comment.

Thank you for reading my article about how complex Post Traumatic Stress Disorder is a no-no for certain discussion topics and that it can cause all sorts of problems. I hope that you will put your thinking caps on and conjure up some ideas as to how to deal with my conversation killer of a charge. Please leave them in the comments below, I really would like some help with this.

All other images are from a free source or my own

‹ How To Be Happy With Life – For Your Own Sanity! Smile! It Will Change Your Mood ›